The Power of Nature


The Healing Power of Nature


"In forty years of medical practice, I have found only two types of non-pharmaceutical 'therapy' to be vitally important for patients with chronic neurological diseases: music and gardens."

The Case for the Healing Power of Nature

There's a reliable relationship between nature and our physical and mental health. There seems to be a connection between greenery and health markers for obesity, hypertension, and diabetes. There also appears to be a relationship between greenery and the strength of our immune systems. After people spend several days in nature, researchers have found measurable increases in what are known as natural killer cells. This and many others studies are cited in this Hidden Brain podcast.

Multiple studies have shown that adults who exercised in nature had lower levels of tension, confusion, anger, and depression than when they exercised indoors. A recent Australian and UK study similarly found that people who visited parks for 30 minutes or more each week were much less likely to have high blood pressure or poor mental health than those who didn’t.

University of Miami researchers crunched the numbers to determine that nearly 250,000 Medicare recipients living in the greenest parts of the county were 25 percent less likely to have a heart attack than those in the least green neighborhoods. The researchers found a significant correlation between living near green space and a lowered risk for three of the four heart diseases studied. Along with the 25% lower risk of heart attack, people living in the greenest parts of Miami saw their risk drop by 20% for ischemic heart disease and 16% for heart failure. “Some studies suggest even viewing nature and greenness can be beneficial,” as this Heart Insight article notes.

In summary, research has shown many cognitive, social, emotional, physical, and physiological benefits. 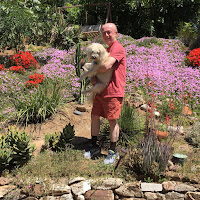 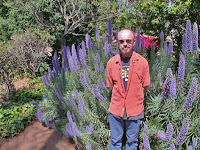 me in my garden


But why?
Although much evidence is already available, much remains unknown.

Some of the effects appear to be psychological in origin. Natural scenes and activities can stimulate our sense of awe, making our concerns seem less significant, while stimulating the feeling that we’re part of something larger and grander. This can measurably reduce stress, anxiety, and depression as this article notes.


But perhaps the beneficial effects of nature go deeper than that.

The great Oliver Sacks once wrote, "Biophilia, the love of nature and living things, is an essential part of the human condition. The effects of nature’s qualities on health are not only spiritual and emotional but physical and neurological. I have no doubt that they reflect deep changes in the brain’s physiology, and perhaps even its structure."