Treatment of Apraxia: Personal Reflections
(presented at the 2013 annual convention of the American Speech and Hearing Association) About 6 years ago I had a stroke, resulting in both aphasia and apraxia.

As you know, every stroke is different. And only about 10% of stroke survivors have apraxia without aphasia, so it’s an uncommon condition. So I don’t pretend that my case is in any way typical. But I hope to give you some insight and maybe some ideas on treating other adults with apraxia. 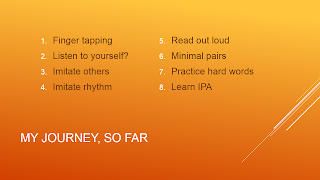 Instead, I thought I would talk a little about the stages and the eight techniques I have gone through with dealing with my apraxia so far. 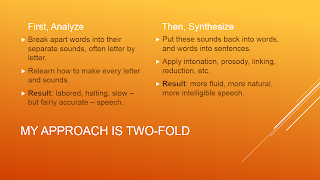 Overall, apraxia recovery for me is a two-stage process.
These two stages are not always linear; in fact, they often overlap. I’m at the first stage with lots of words and phrases even while I’m working hard on the second part. 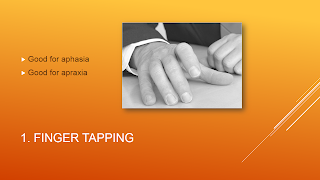 My first and foremost technique is finger tapping. It has really helped me, and I still use it. But at first, it did no good. I think I was too bogged down with my aphasia to even pay attention to my hands.

But after a while, and with my therapist’s insistence, I started to rely on it to get me started when a thought or word became elusive due to my aphasia. And tapping continues to help with my apraxia, where it keeps me going with longer words and phrases. 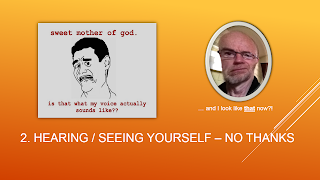 Early on, my therapists encouraged me to tape my voice to help me self-correct. I tried that only once. It was unbearable to hear me, to hear how pathetic I sounded.

My therapist then said “wait a while and compare your speech after 1 month.” It’s been five years, and I still don’t want to hear myself back then. Perhaps I never will.

The same goes for seeing myself—every time a therapist would try to show me my own lips or tongue, I cringed looking at my crooked smile in a funhouse mirror. 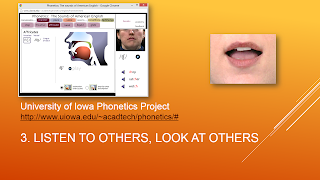 But I had much better luck looking at other people and imitating their lips and voice. I started off with imitating my therapist, of course, but then I started looking at a web-site from the University of Iowa that nicely showed me how sounds should be formed and said. 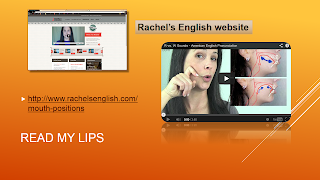 From there, I moved on to the Rachel’s English site.

Rachel is a former opera singer and now has a very good site to teach American pronunciation. Her students are mostly from other countries who are working on their accents. But I found that many of her videos on forming letters, stress, and mouth positions were perfect for me too. 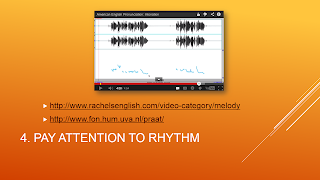 And her videos really taught me that it’s easier to speak a language when you pay attention to the rhythm of it. Rachel’s approach to getting the pronunciation right is all about the listening to the rhythm of speech.

This approach is similar to MIT (melodic intonation therapy), and it helped to explain why tapping was so effective for me. It also explained a little mystery that my therapists had. They sometimes wondered why I could say some longer, multisyllabic words easier than some of the shorter ones. I think it’s because I’m trying to rely on the rhythm of a word to get it out. Having more syllables in a word makes it easier to hear and pay attention to the rhythm pattern. 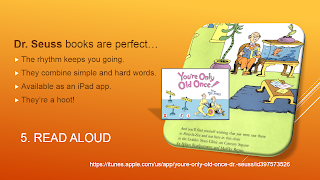 Another technique I used was to read Dr. Seuss books aloud. This also helped me to remember the rhythm and to work on intonation, prosody, and linking. Plus, they’re great fun!

So I bought an iPad app of Dr. Seuss books, which allowed me to read them and hear them read. 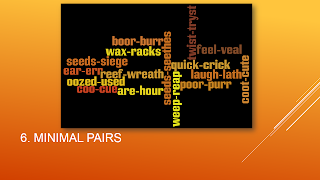 After I got better self-correcting, I started practicing with minimal pairs, those odd word pairings that are pronounced the same except for a single sound. They were helpful to refine my ear and to practice some sounds that were hard to me to say. 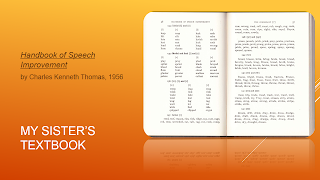 My sister gave me an old book from 1956 that had lots of them, grouped by sounds. It was called Handbook of Speech Improvement.

If there was ever a person whose speech needed improvement, it was me! So I read this book and practiced with it. 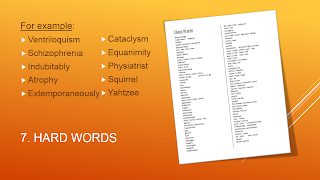 Working with minimal pairs meant I often encountered unusual words. That didn’t bother me at all because I always enjoyed all types of words and prided myself at having a large vocabulary.

So I added some tricky pairs to a list that I compiled of words that were especially hard for me to say. Many therapists have looked at this list and advised me to use different words instead of the hard and unusual ones on this list. I couldn’t really explain to them at the time that saying it plainly was tantamount to not saying it at all, that my stroke took away the way of speaking that I so loved. So I kept on using my list of hard words. 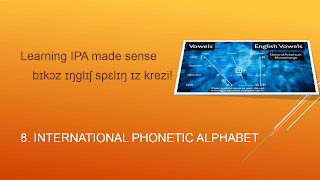 Loving words and having apraxia is a curious combo.

Because I was a good speller, I would often see a word in my mind’s eye to help me pronounce it. But this trick only goes so far with English.

So I learned the basics of IPA. Now when I look up a word, I can find out how to really pronounce it. 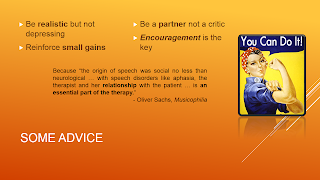 I’ve dealt with lots of speech therapists in the years since I had my stroke. Although I have great respect for them all, some were better than others, at least, for me.
Take it from me, dealing with apraxia is a slow and arduous process, and much of the progress has to be made at home --without a therapist. For this reason, you have to be careful when setting up expectations – both yours and theirs. After all, you are not always going to be there at their side to help them.
But when you are with them, remember as Oliver Sachs once said, the essential part of a person’s therapy is your relationship with them.