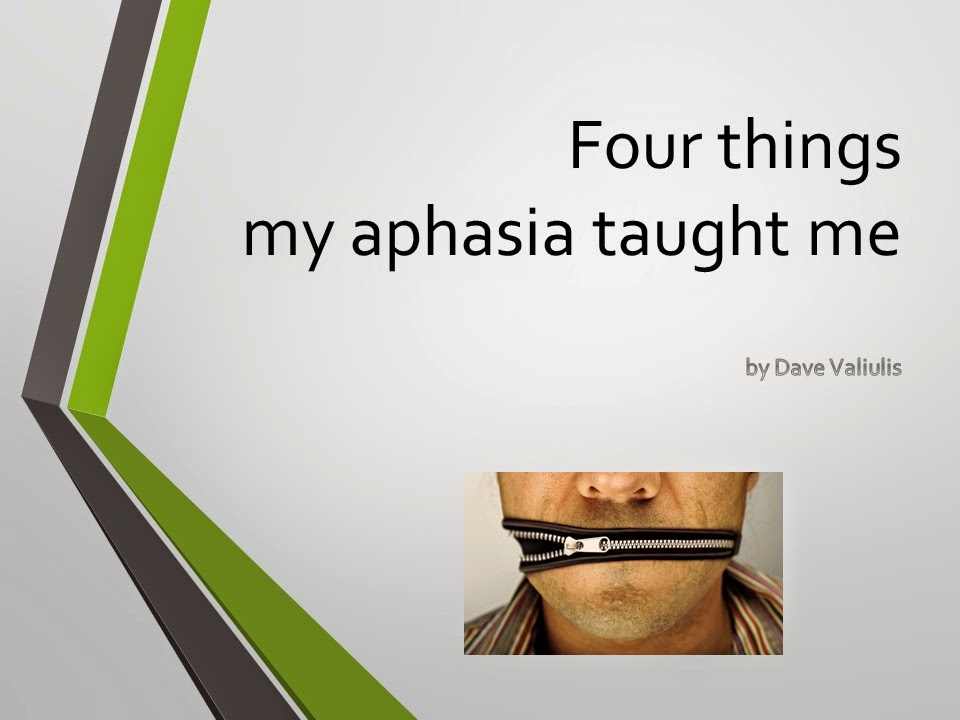 4 Things My Aphasia Taught Me

Six years ago I had a stroke that left me struggling with my speech. I’m still plagued with apraxia – knowing the words I want to say but not remembering how to say them. But back then when I had my stroke, my problem was mostly aphasia.

As you know, aphasia encompasses many possible symptoms, and I passed through a lot of them on my post-stroke recovery. But I’m not going to concentrate on symptoms like … 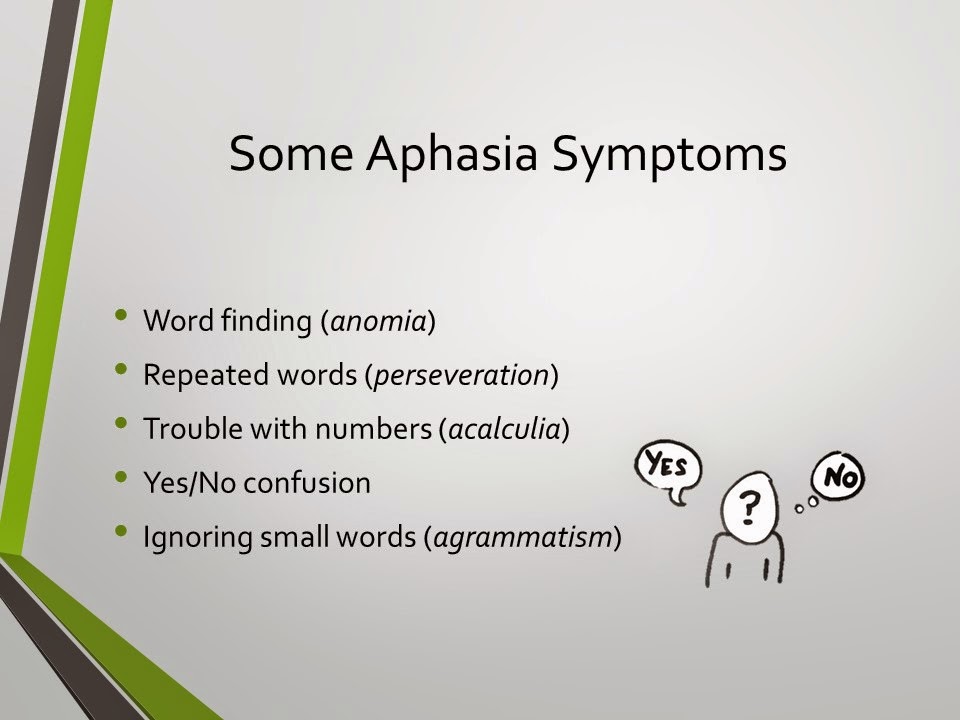 Instead, I want to talk about four things that my aphasia taught me about language and life. 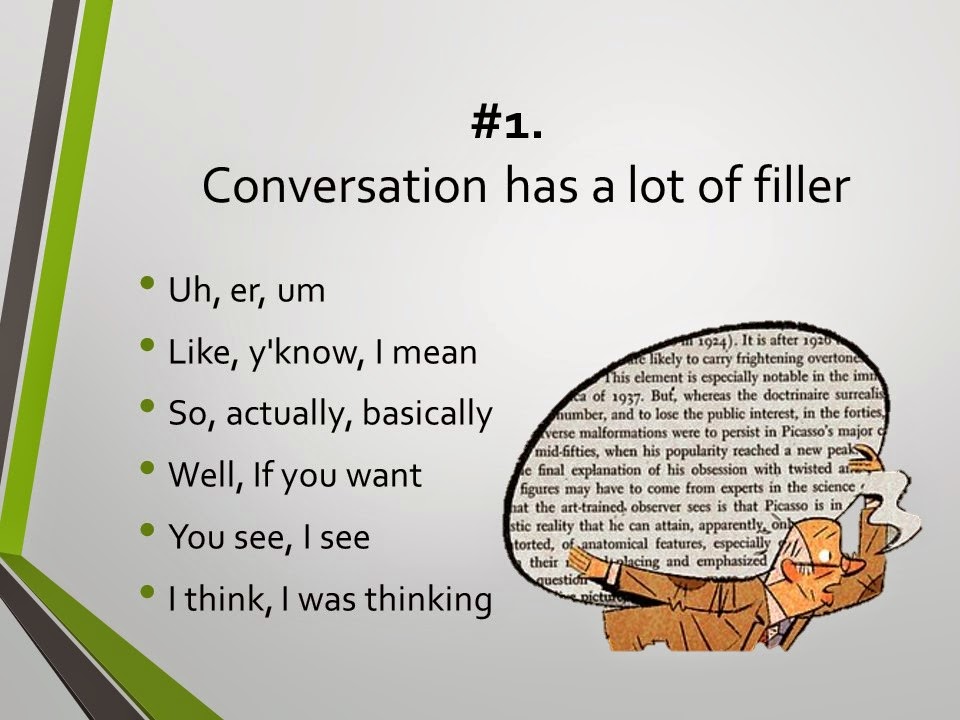 1. Conversation has a lot of filler

I’m constantly amazed of how much filler is in a normal conversation. Instead of saying “Let’s go there to eat,” a person might say “If you want, I was thinking that we might want to try that restaurant over there if you are hungry.” Five words expands to nearly 20!

Extra words sometimes can connote deference or emotions like hesitation, but mostly they are empty verbiage. This is because to a fluent speaker, words are cheap! But to a speaker who has aphasia or apraxia, every word is a struggle and a minor victory. So I learned to pick my words carefully, thinking about the easiest and the fewest words to say it. 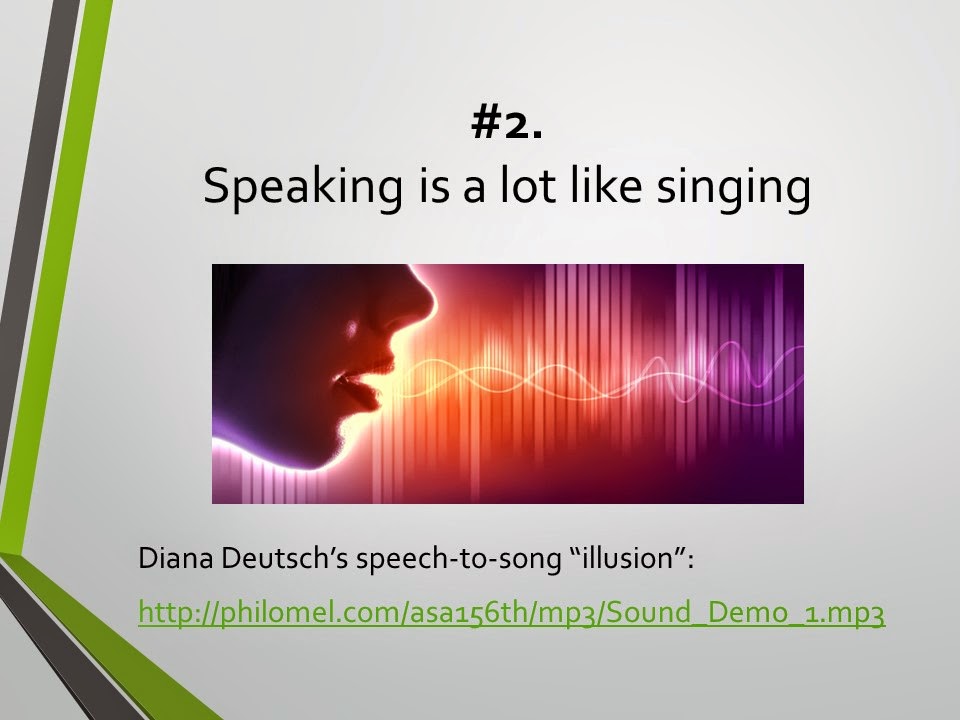 For more than 100 years, therapists have noted that people were able to sing words that they could not speak. So it was with me; I could sing “Happy_Birthday_To_You” long before I could say the words “this is my birthday.” This is because the speech centers of the brain are mostly in the left hemisphere (the side I had my stroke on) while singing uses areas from all over the brain.

But this fact goes beyond being able to sing a common tune. Consider this…

There is a professor at UCSD named Diana Deutsch. She studies how music and speech relate to each other. In 1995, she found that speech can be heard as song, without trans-forming the sounds in any way, simply by repeating a phrase.

She thought this transformation of Speech turning into Song was an illusion because she considered talking and singing as two separate activities. But are they really?

The tonal quality of speech is well known to every Asian speaker but to English speakers it tends to be a foreign concept. But people who work with language challenges know that saying and singing are really two sides of the same coin. When aphasia makes the saying-side inaccessible, the singing-side is often ready and able.

So I learned that if I was having trouble saying a particular phrase, the best thing I could do was to flip my mind into my singing mode, paying attention to the melodic rising and falling of the stress, pitch, and prosody. My speech pattern may not sound like a melody to you, but in my mind’s eye, I may be singing! 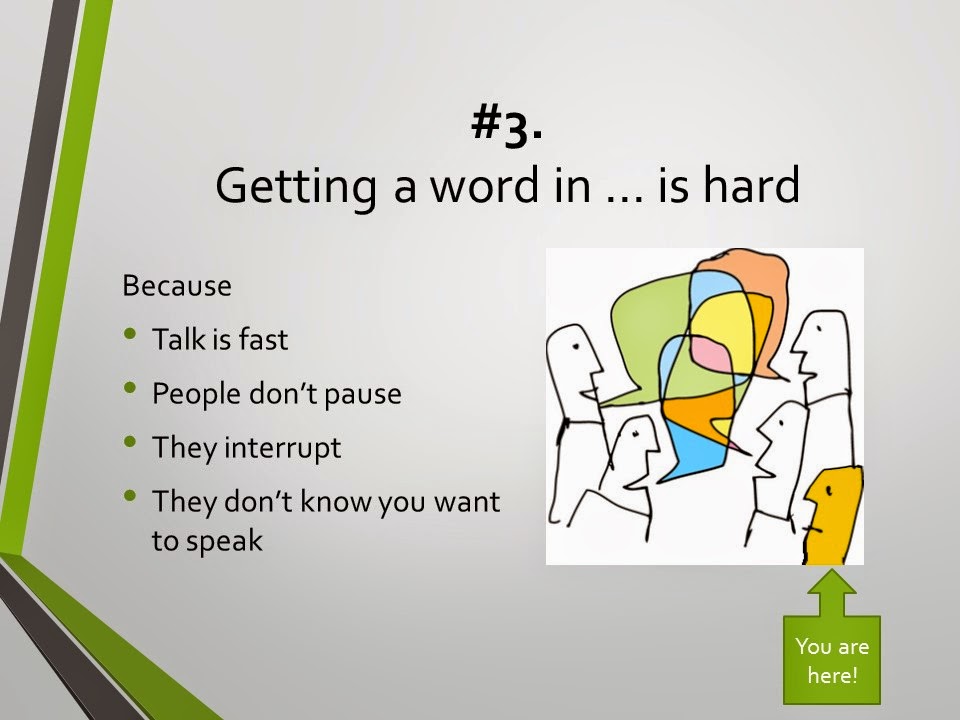 3. Getting a word in

I used to be a fast talker. I had no problem jumping into a conversation and adding my
2 cents. Now, not so much.

When you pay attention to a typical conversation, you appreciate how fast it is and that there are only small pauses where a person can jump in, and start speaking. But if you don’t say anything, this window closes and you lose your chance. Or sometimes there won’t be any pauses, and people just interrupt to speak.

In either case, to a person with aphasia or apraxia, this is a nightmare. 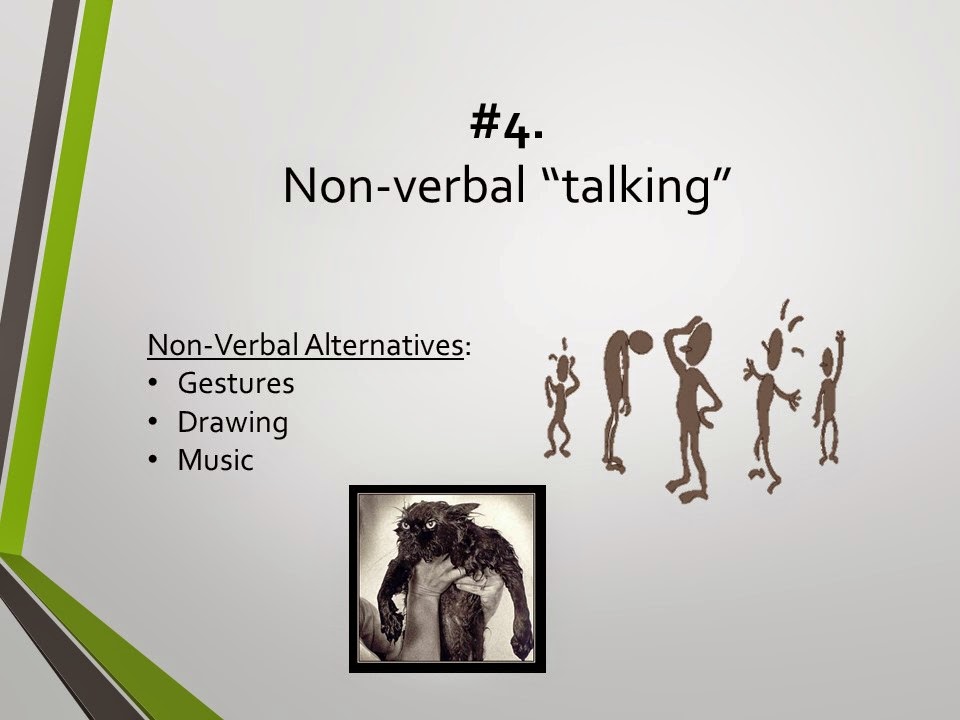 Aphasia is often considered the hardest part of a stroke. But over the years, I have learned to make peace with it. As I met other stroke survivors, I learned to appreciate the non-verbal ways we humans can communicate. Think of these non-verbal techniques as giving someone a cane to help them walk. Take for example, gestures. 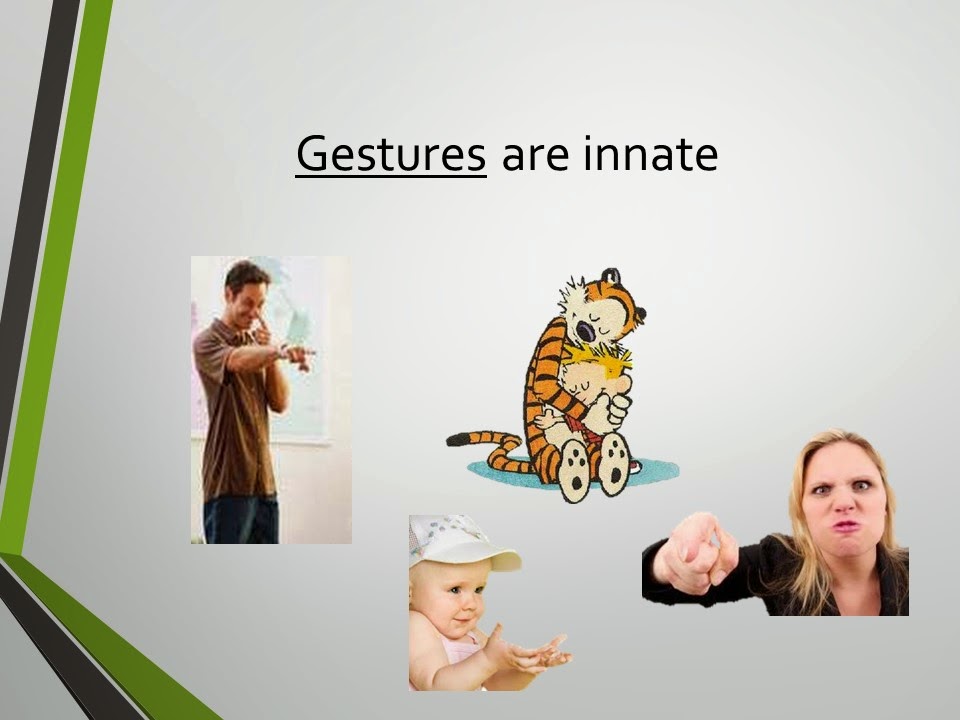 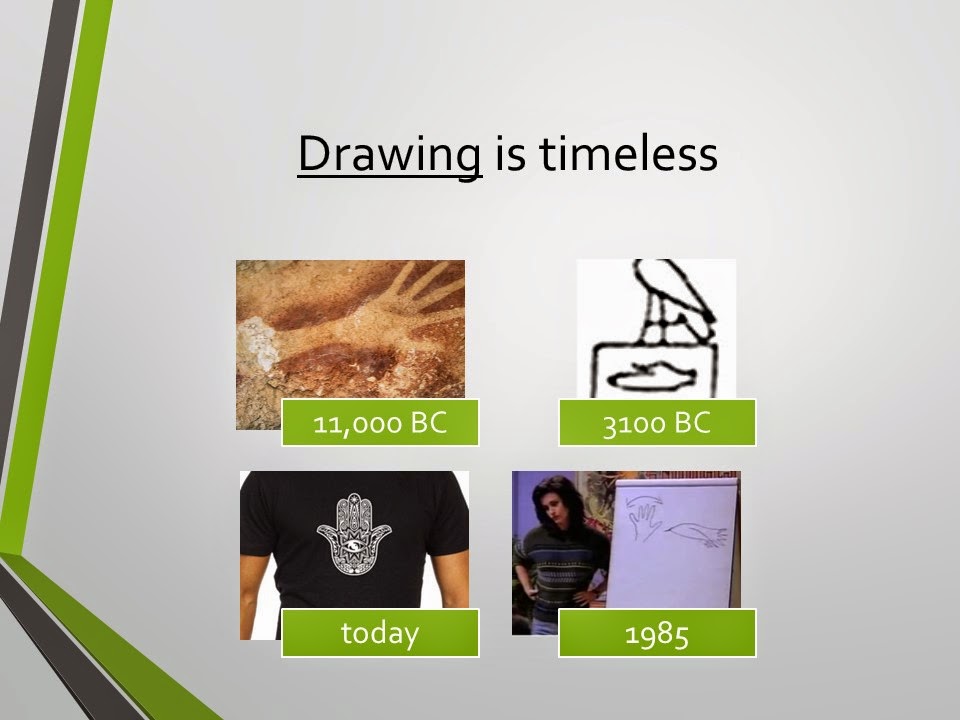 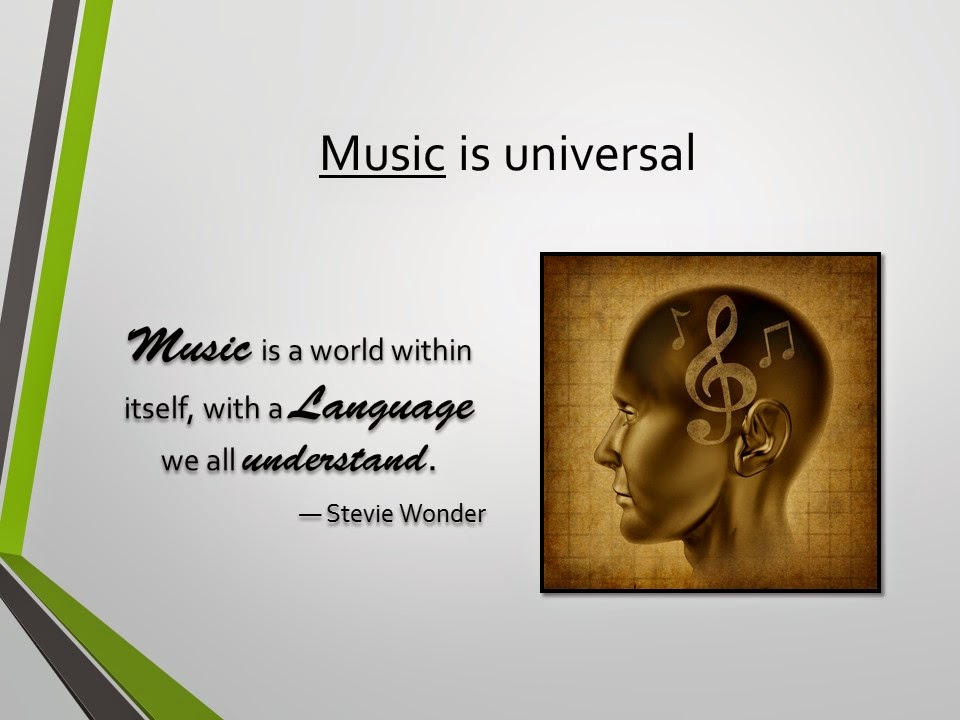 Longfellow once said, “Music is the universal language of mankind.” But I prefer the way that Stevie Wonder said it: “Music is a world within itself, with a language we all understand.”