What is a stroke?

When the brain has a injury caused by an interruption of blood supply, this is called a stroke.

A stroke occurs when the blood supply in the brain is compromised by either a clogged artery (ischemic stroke) or burst artery (hemorrhagic stroke). This occurrence deprives a part of the brain of oxygen, thereby damaging some brain cells. The body and mental functions controlled by those brain cells are affected after that. (You might hear a stroke called a CVA, which stands for a cerebrovascular accident.)

The breakdown of types of strokes, using medical terms:

1. Ischemic
1-a. thrombosis
1-b. embolism
2. Hemorrhagic
2-a. subarachnoid hemorrhage (an aneurysm)
2-b. intracerebral hemorrhage


The types of strokes are usually classified by what caused the stroke in a first place.

There are 2 main types of strokes:

1. Those caused by some kind of BLOCKAGE (called ischemic strokes). Nearly 80% of all strokes are ischemic.

There are 2 sub-types of blockages:

1-A: When blood flow to the brain becomes trapped and blocked by plaque on the mall on an artery (thrombosis).

1-B: When a blood clot forms in the heart and travels into an artery in the brain, blocking blood flow (an embolism).

2. Those caused by some kind of BLEED (called hemorrhagic strokes). Nearly 20% of all strokes are hemorrhagic.

There are 2 sub-types of bleeds:

2-A: When an aneurysm (a bulge of an artery wall) ruptures outside the brain, causing a build-up of damaging pressure (subarachnoid hemorrhage).

2-B: When a blood vessel within the brain ruptures, causing rapidly increasing pressure (intracerebral hemorrhage).

Strokes can also be classified by where in the brain the stroke affects. 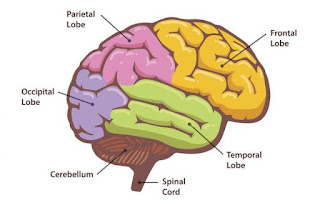